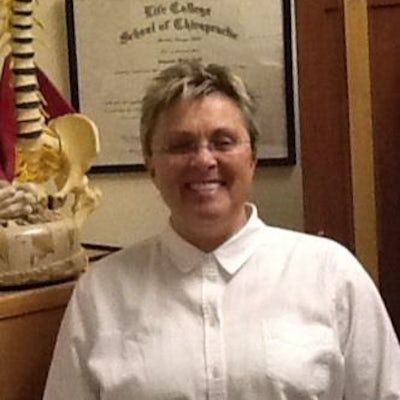 Doctor Johanne Judd believes that this drug-less profession is her calling in life. She feels strongly that the body has a natural intelligence; that it can heal itself when working optimally, or attack itself when not. After having personal experience with both physical and neurological problems, Dr. Judd almost gave up hope. Until Upper Cervical adjustments restored her health by removing the interference that was causing her body to break down. Her sense of well-being and hope was renewed. So, with gratitude she pledged to spread the word to others and to deliver the very best in Upper Cervical Health Care to her patients. She grew up in Long Island and holds a special love in her heart for the people and places here, which is what motivated her to open her practice here on the south shore.

Dr. Judd graduated from Life Chiropractic College in Georgia as a member of the National Dean’s List in 1996. Prior to receiving her certification in Upper Cervical Care, she studied other techniques including, but not limited to: CBP, SOT, Trigger point release therapy, and Cox. Dr. Judd is also board certified in Physical Therapy.

She is helping me through Chiropractic and Nutrition care and in just 1 months time I'm already holding my adjustments longer than I have in the past. I consider Dr. Judd my primary doctor and would and do recommend her care to everyone I know.

All I can say is why couldn’t I have found Dr. Judd months ago. Living with constant pain, trying to find comfort with pain meds. Since I’ve been seen, 4 visits, the pain has subsided, no longer not being able to sleep. She is very nice and a great doctor!! Thank you, Thank you Doctor ??????????

Dr Judd is a great chiropractor. I had serious back pain and it didn’t take her long to alleviate it. Very highly recommended.

I cannot thank you enough Dr. Judd for helping my husband. He went from having debilitating daily dizziness to being able to finally enjoy time with our family again thanks to you. We know that his healing will take time but thanks to you, we have found the root of his illness and now can focus on healing.

I live in Long Beach and travel 1 hour to see her that's how much I believe in her. She takes her time, she cares and Dr Judd is very knowledgeable. I highly recommend her.

This place is the best chiropractor around! She helped me so much in just 1 day I couldn't believe it. I walked around with a herniated disc for 10 years and in 1 day she made me feel wonderful! I would recommend her to anyone that wants to be pain free! She is thorough and explains everything to you!